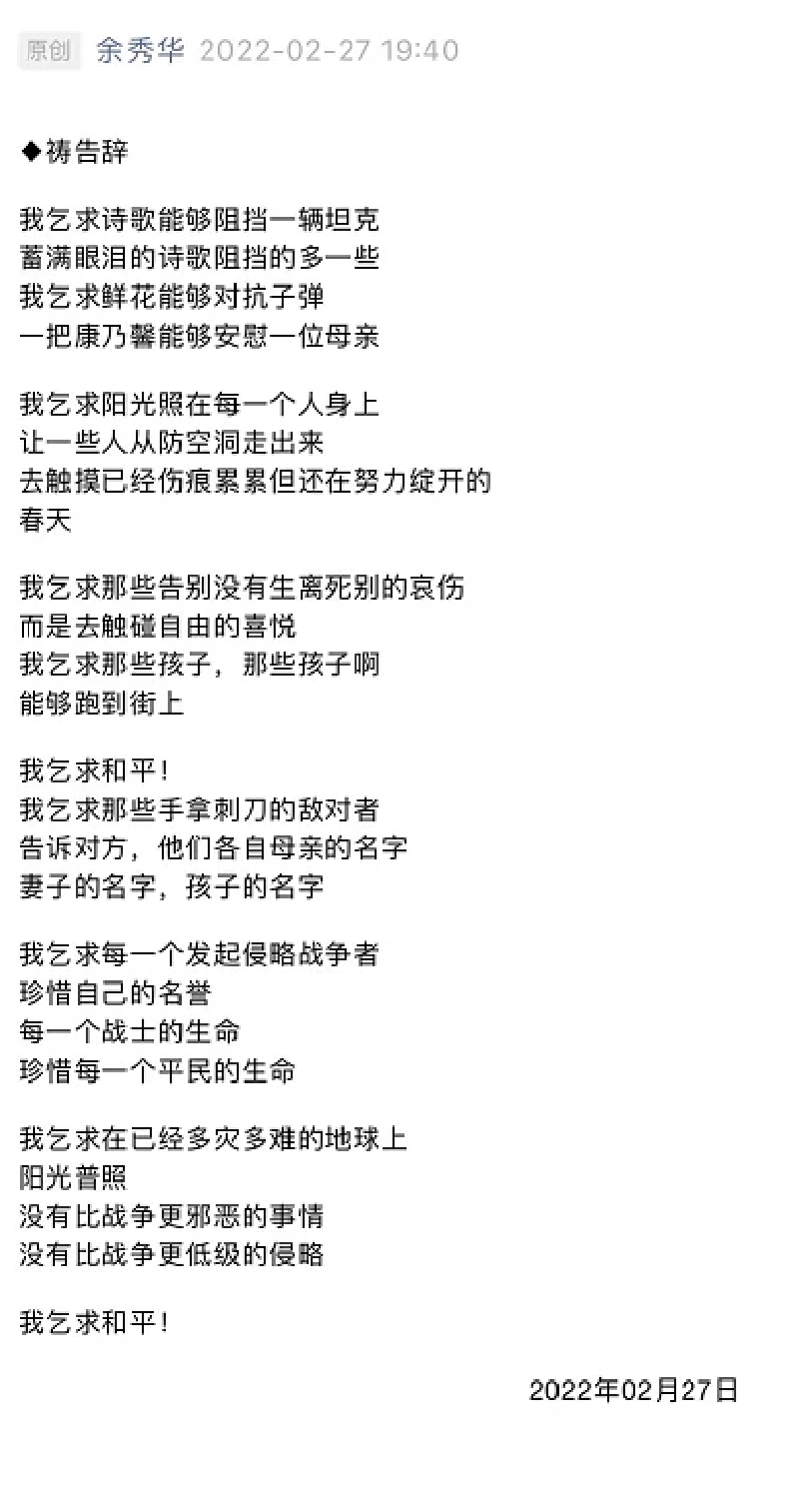 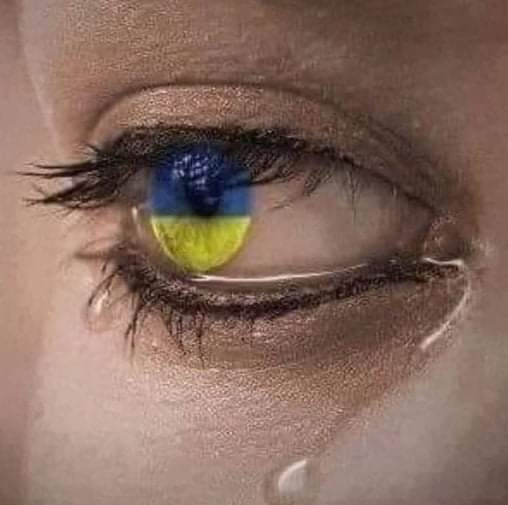 I beg for peace!
I beg those enemies with bayonets in their hands
Tell each other their respective
Mother's, wife's and children's names

I beg for peace!

*Yu Xiuhua is a 46-year-old poet with cerebral palsy.

She begged poetry to stop a tank, she begged flowers to fight bullets. She made the loudest anti-war voice.

Even if she wrote the unparalleled poems, she just made a normal human emotional judgment and defended it.

The poet is not a diplomat, nor a military strategist, but she has her own mission as a poet. 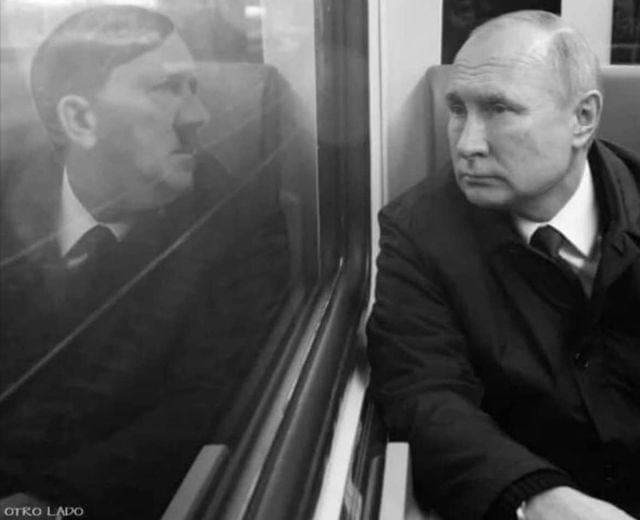